In a new nature-versus-nurture study of the link between gut microbes and health, researchers conclude that diet may have a stronger influence than genes in determining the mix of bacteria in the gut. bacteria New research suggests diet influences the mix of bacteria in the gut more strongly than genes. More and more studies are revealing the important role that our gut bacteria play in our health. Their trillions of cells vastly outnumber ours. Fortunately, many of them are "friendly," in that they help us digest food and crowd out pathogens that cause disease. But the mix of gut microbes varies considerably from person to person and also over time. And, until now, it has not been clear whether this variation is due mostly to genes (nature), or things we can change (nurture), such as diet and lifestyle. Reporting in the journal Cell Host & Microbe, Peter Turnbaugh, an assistant professor of microbiology and immunology at the University of California San Francisco (UCSF), and colleagues describe how - by studying hundreds of mice - they discovered diet may have a stronger influence on gut bacteria than genes. Prof. Turnbaugh says in a healthy adult, the same strains and species of gut microbes can live in the gut for years, while their relative abundance - the sizes of their populations - can change quite a lot over time. "These new results emphasize that, unlike a mammalian genome - which is relatively constant - the microbial genomes that comprise the gut microbiome are relatively plastic," he adds. Findings suggest it may not be necessary to tailor gut bacteria treatments Prof. Turnbaugh explains that one day it may be possible to treat diseases by shaping the balance of bacteria in the gut. And these new findings suggest it may not be necessary to tailor treatments differently for each person, because "the microbial response to a given diet may be similar for many people's microbial communities." In another recent study in humans, Prof. Turnbaugh and colleagues found the mix of gut microbes changed quickly when diets varied between vegan and animal-based - after just a few days. In this new study, they used hundreds of mice with a wide range of well-defined genetic backgrounds. They fed the mice two different diets, altering between a high-fat, high-sugar diet (14.8% protein, 44.6% fat and 40.6% carbohydrate) and a low-fat, plant-based diet (22.2% protein, 16.0% fat and 61.7% carbohydrate). Switching diet changed gut mix in days, showed influence lasts for months The researchers discovered that switching the mice to a high-sugar, high-fat diet changed the mix of microbes in their gut to a new, stable mix within 3 days. The effect was repeatable and was mostly independent of the genetic variations among the mice, they note. Regardless of the mice's genetic makeup, the high-fat, high-sugar diet increased the abundance of Firmicutes bacteria and reduced the abundance of Bacteroidetes bacteria. The team found that varying diet had a much stronger influence on gut microbe mix than genetic variation. And the influence can last for several months. Prof. Turnbaugh says they are not sure whether changes in the gut's microbe mix are a direct result of changes in the diet - which changes the mix of nutrients in the gut that the bacteria are exposed to - or an indirect result of the effects of diet on the overall body of the host. Past diets also play a role in determining gut microbe mix The team also found that when they returned the mice to their original diets, changes in the gut microbe mix were largely reversible - but not quite. It seems that imprints of past diets - as well as current diet - play a role in determining gut microbe mix. 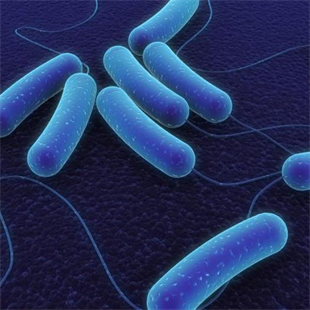