Blood levels of TMAO - a digestion byproduct of gut bacteria - has already been tied to heart disease and to prediction of heart attacks, stroke and death. Now, for the first time, researchers show it is also linked to heart failure and worse long-term prognosis for patients with the condition. Heart rate monitor alert The new study suggests risk of death from heart failure is linked to levels of a digestion byproduct of gut bacteria. The new finding comes from a study of over 700 people that found raised blood levels of TMAO (trimethylamine N-oxide) were linked to increased risk of heart failure. The researchers, from the Cleveland Clinic in Cleveland, OH, report their work in the Journal of the American College of Cardiology. Heart failure is a serious condition where the heart continues beating but - due to weakened heart muscle - does not pump enough oxygen-rich blood to nourish the other organs of the body. According to the Centers for Disease Control and Prevention (CDC), about half of people who develop heart failure die within 5 years of diagnosis. There are currently 5 million Americans living with heart failure, and the condition costs the economy around $32 billion a year. TMAO predicted higher future rate of death from heart failure Led by Dr. Stanley Hazen, chair of Cleveland's Department of Cellular and Molecular Medicine, the team followed 720 heart failure patients for 5 years. During that time, they found higher blood levels of TMAO predicted higher future rate of death from heart failure, independent of traditional risk factors. They were interested to find that when high levels of natriuretic peptides - a group of compounds used as an indicator of advanced heart failure - were present with low levels of TMAO, they were tied a lower rate of death than high levels of both. In particular, they found both high TMAO and high B-type natriuretic peptide (BNP, a peptide typically measured in heart failure patients), were linked to more than a 50% rate of death over 5 years. There may be value in testing TMAO in high risk groups In previous work, the team had found TMAO is a byproduct of gut bacteria digestion of compounds present in red meat, egg yolk, liver and some energy supplements. In a large study, they established that high levels of TMAO can predict heart attack, stroke and death. Dr. Hazen says their work shows testing for TMAO may not only help find out who is at greatest risk for heart failure and may need monitoring more closely, but it may also help decide exactly what diets high risk individuals should follow to reduce their future risk. 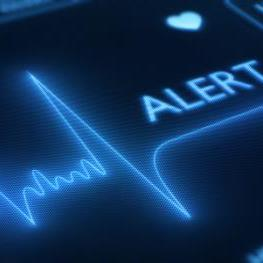